Delfin Amazon Cruises is welcoming Dr. Joanna Alfaro onboard the Delfin III vessel in 2020 to host a series of special Pink River Dolphin cruises. Joanna obtained her PhD from the University of Exeter and has a very impressive list of credentials relating to Pink River Dolphins. She has won countless awards for her research (Whitley Award in 2012), collaborated with many prestigious marine conservation organizations (WWF, Darwin Research) and has her own non-profit, Pro Delphinus, that is committed to the conservation of threatened and endangered marine fauna in Peru.

While onboard with Dr. Joanna Alfaro, guests can expect to get a closer look at this fascinating species. These hosted departures will spend more time focusing on Pink River Dolphin excursions, and guests can participate in Joanna’s research first hand. She is an expert in her field offering valuable insight to anyone who has a special interest in river dolphins and Amazonian aquatic animals. 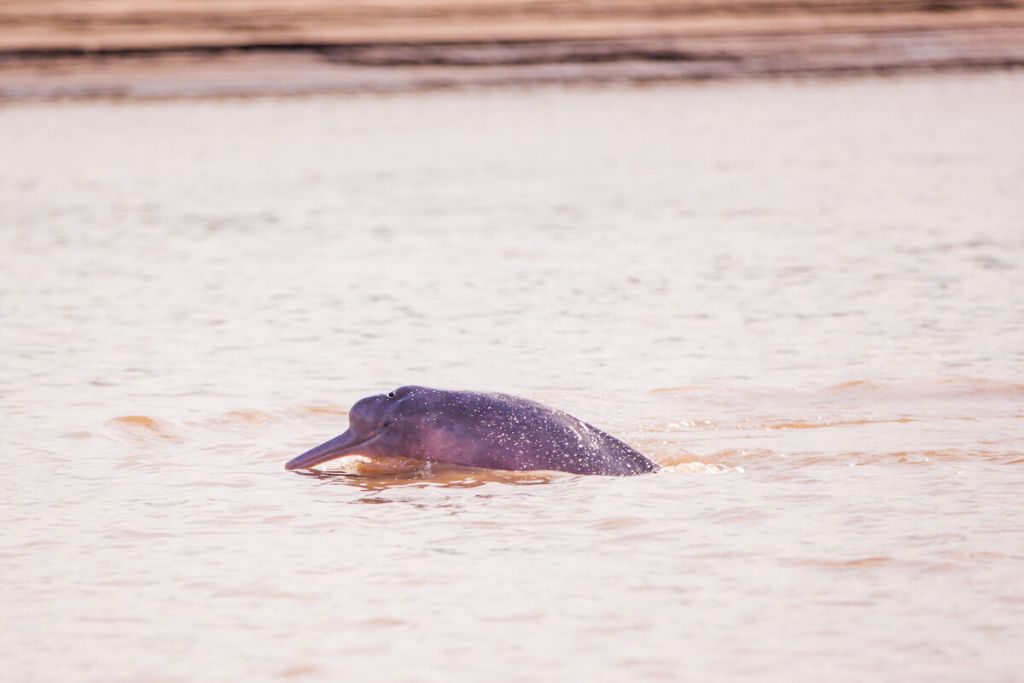 1. What made you study Aquatic Wildlife and in particular Pink River Dolphins?

I have always wanted to work with dolphins and whales in some way, that has been my passion all along. I am very lucky to be able to make a living from my true passion.

2. Are Amazon River Dolphins much different from Sea Dolphins? If so, how?

Amazon River Dolphins have some characteristics that differentiate them from sea dolphins: their much more elongated snout, their heterodont teeth (they have molar-like teeth and can chew their prey), their small eyes (they don’t rely on good sighting in a dark environment) and a very developed echolocation system. A fascinating fact about them is their corporal flexibility that enables them to swim through the inundated Amazon (unfused vertebrae in its neck), and last but not least, their more timid personality, they are quite solitary animals in compared to the sea dolphins.

3. How many different types of dolphins species are located in the Peruvian Amazon Basin? 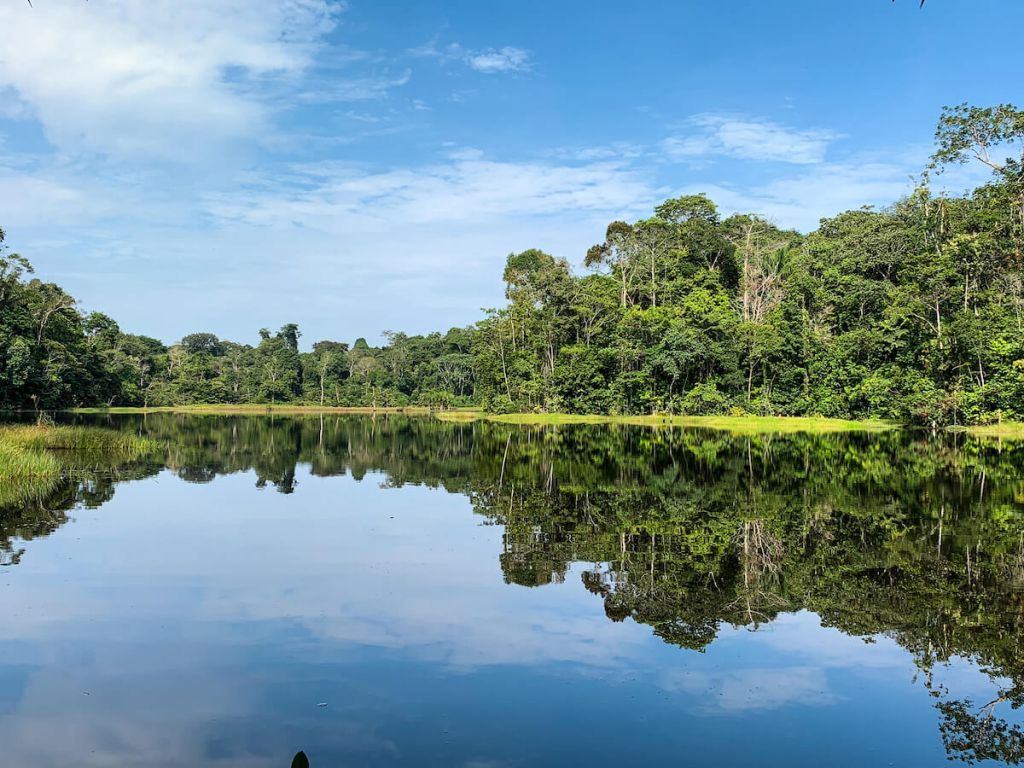 4. Since these River Dolphins are located in the Remote Amazon Jungle, is it difficult to collect data about them?

In general studying cetaceans can be expensive and hard because they are not easy to spot and track while living in an aquatic habitat. They spend more time underwater, where they are almost impossible to see on the surface. You must plan days ahead on board, because observations depend on good climate conditions, and even then there’s no guarantee that you’ll see one, especially nowadays, since the river dolphin populations are in decline. Fortunately, some methodology exists that help us cover information gaps: acoustic equipment, fisherman expertise noting for occurrences, distributions and abundances, DNA, necropsies, etc…

5. What kind of studies are you currently working on relating to Pink River Dolphins and what do you hope to find out?

Currently we are working on a project in the Pacaya Samiria National Reserve in Peru that involves CPODs (acoustic monitoring loggers) that through the number and velocity of clicks can give an idea of how dolphins use their habitat (where do they breed, where do they eat, at what times, etc.), and seeing if the presence of a device called ‘Pinger’ that emits sound reduce the presence of the dolphins. This is to look for alternatives and reduce the by-catch by local fisherman.

6. Are Amazonian River Dolphins endangered? What are their main threats?

Yes, the pink river dolphin is classified as an endangered species by the International Union for Conservation of Nature (IUCN) and there’s evidence of population decline. The Tuxuci is classified as Data Deficient, meaning  there’s not enough information for the Tucuxi, which also puts this species in a vulnerable situation.

The main threats are: habitat destruction associated with logging and pollution and hydroelectric dam projects, negative interaction with fisheries and miners (use of their meat as bait, by-catch, mercury poison, etc). Increase of anthropogenic presence evidenced in increase of boats traffic, roads. 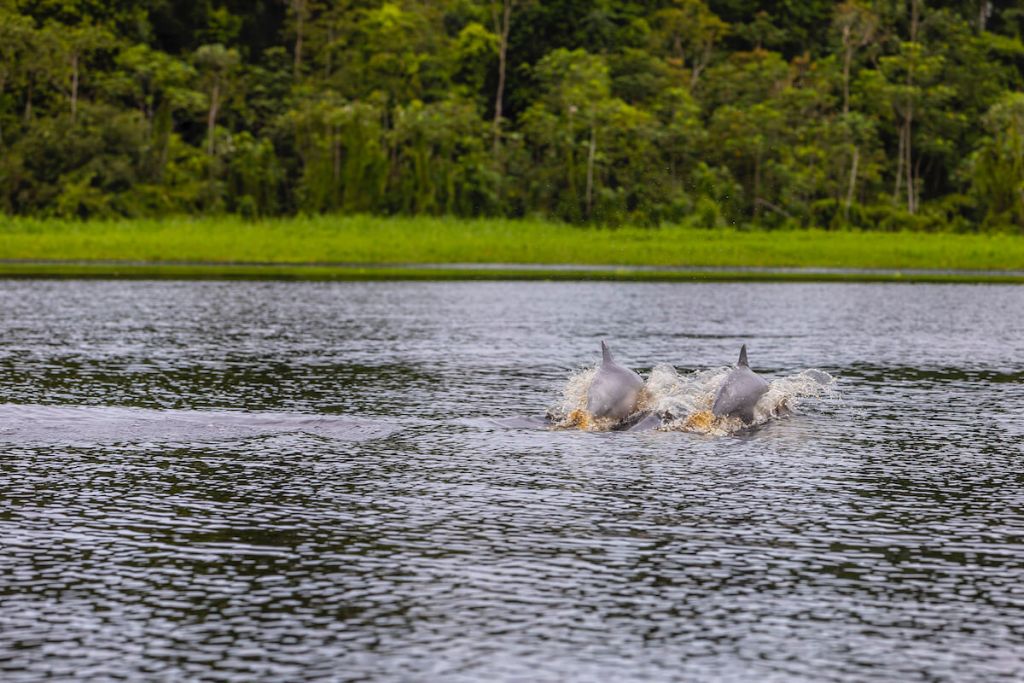 7. What are your favorite facts about Pink and Grey River Dolphins?

One of our favorite things about the pink river dolphins, is the fact that they are pink. Actually they are born grey, but as they grow older, their skin becomes more translucent, and the blood shows through. Their great intelligence and social interactions amaze us every time, especially knowing that during their nursery period they aggregate in ‘cochas’ and raise their offspring together.

The Grey River Dolphins also have very interesting facts about them: not too long ago they where thought to be able to live in salty water too. That is because in the shallow waters along the Atlantic live a very similar species, their closest living relatives, the “Costeros” exists. But now, it is well known that they are different species, and that the tucuxi is endemic to this region and live exclusively in the Amazon and Orinoco basins.

8. Is there another aquatic animal in the Amazon Basin that you are particularly passionate about?

Giant River Otters are one of my favorites in the Amazon.

9. What can guests expect to do aboard a Delfin Amazon Cruise departure with you?

Researchers can be very cryptic, so it is difficult for the general public to understand what we do, although we can benefit from the input and the curiosity from people that don’t necessarily work in science. That interface of interaction is beautiful to my opinion because it promotes that science is more available and useful for the society. I hope people will come up to us during the cruises with questions that we can help solve and that we can also get ideas on how to make science more fun and easy to understand.

For more information about our Pink River Dolphin cruise departure with Dr. Joanna Alfaro, please contact us or call 1-833-201-8684. 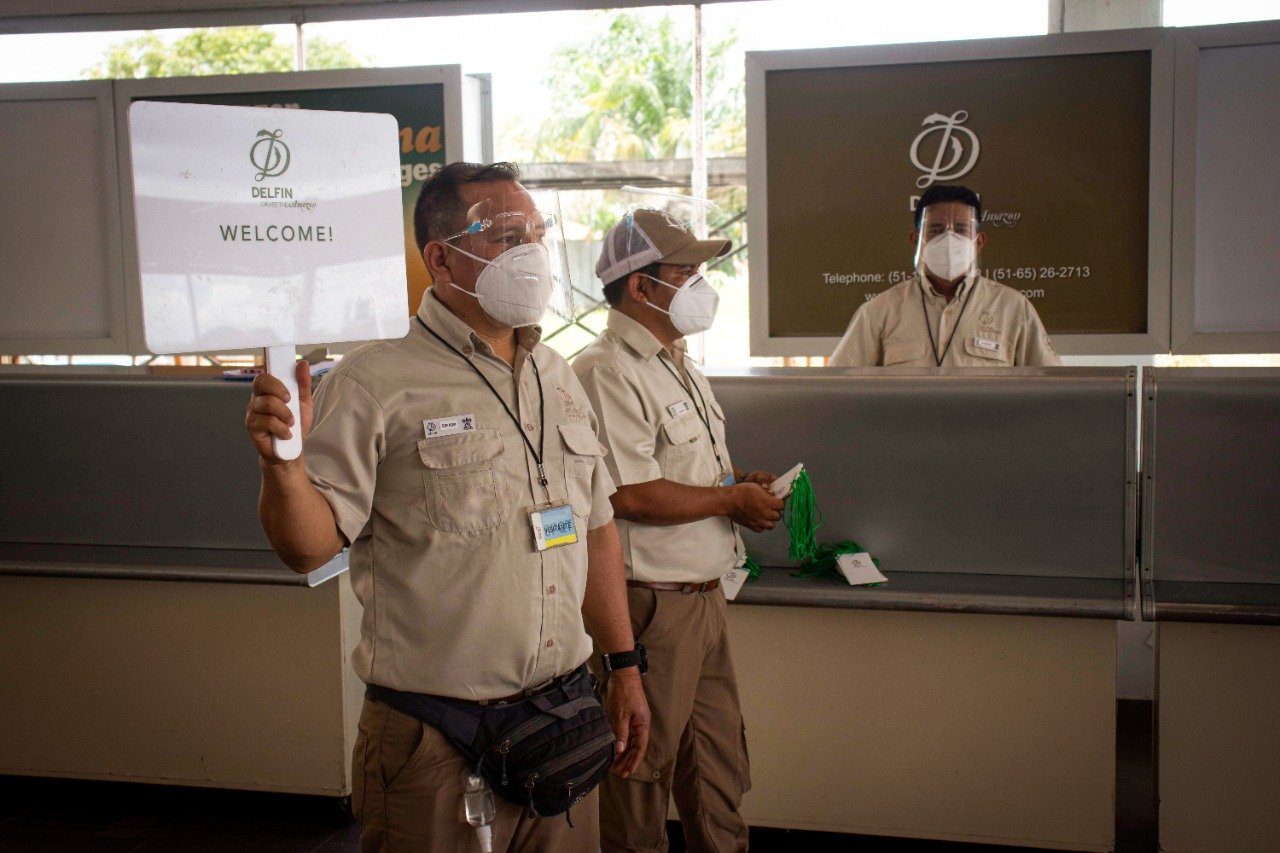