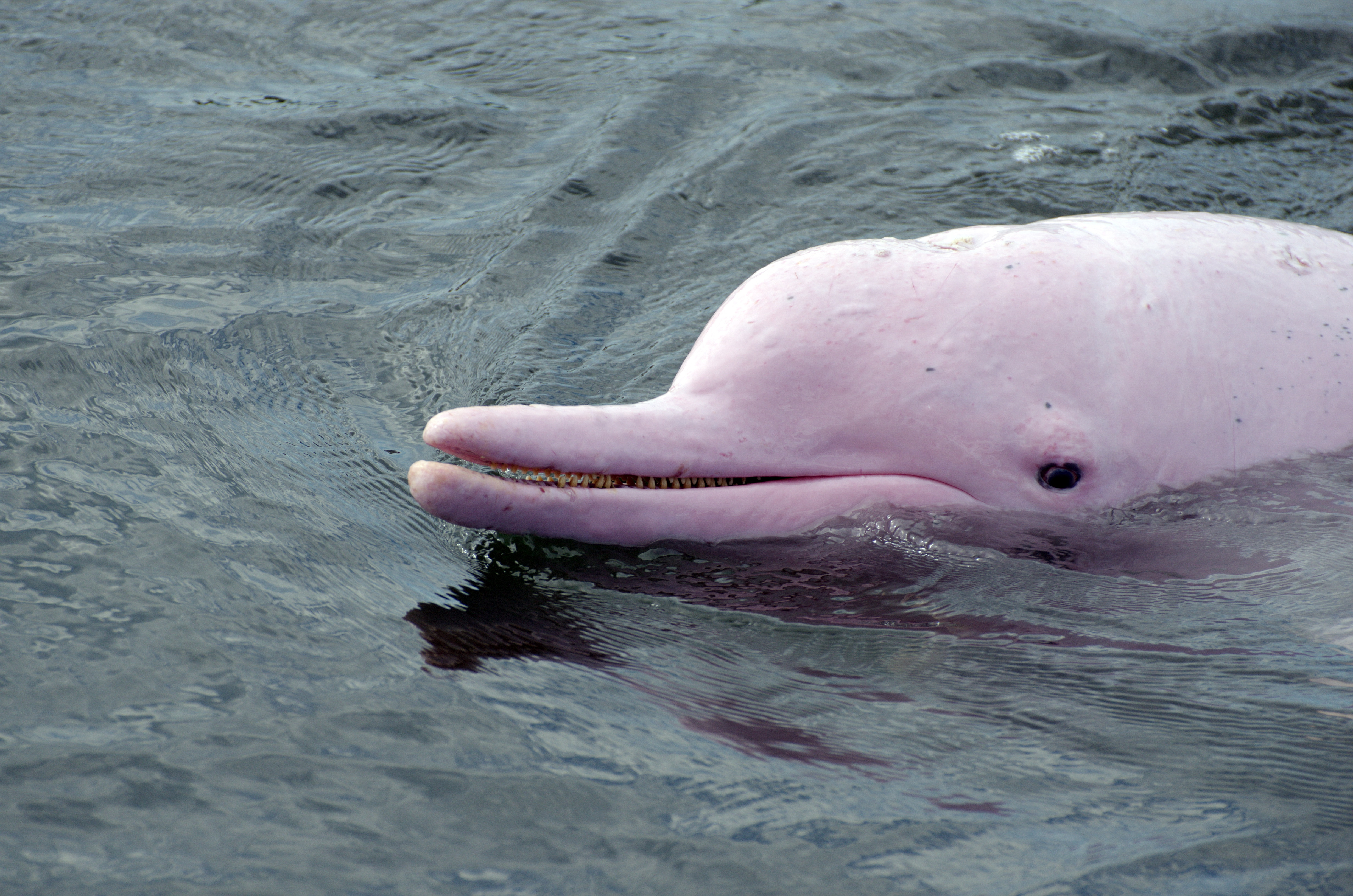 Most of us are familiar with the fun and playful blue bottlenose dolphin named Flipper, made famous by Hollywood productions, but less people know about Flipper’s rosy-colored cousin, the pink river dolphin. This rare species is found in the freshwater rivers of the Amazon near Iquitos, Peru. Upholding the reputation of its salt water dwelling kin, the Amazon river dolphin is social, friendly and extremely intelligent, making it one of the highlights of a visit to the Amazon Basin. They also love the company of humans. When you visit the Amazon, don’t be afraid to go for a swim with these remarkable creatures.

Did you say a pink dolphin?

These dolphins are an endemic species to the Amazon Rainforest, meaning that they are not found in any other part of the world. While there are other freshwater dolphins in places like China and parts of Southeast Asia, there are only 2 documented species living in the Amazon Basin of South America. Of those 2 species, the pink river dolphin is the most charismatic.

In all honesty, the pink river dolphin is not the cutest water-dwelling animal of the Amazon. These dolphins are larger than a person, about 8 feet long, with a bulge on the head and a long, thin snout that is curved upwards, as if it is permanently smiling. They have large flippers and a short crest where the dorsal fin should be. They are not particularly fast swimmers, but their unique bone structure allows them to maneuver with agility through trees and brush when the river floods during the high water season.

Kathleen McAfee is wanderlust addict with a thirst for adventure. She is currently based in Lima, Peru, and a member of the marketing team at Peru for Less where you can also book a Delfin I cruise or Delfin II cruise! 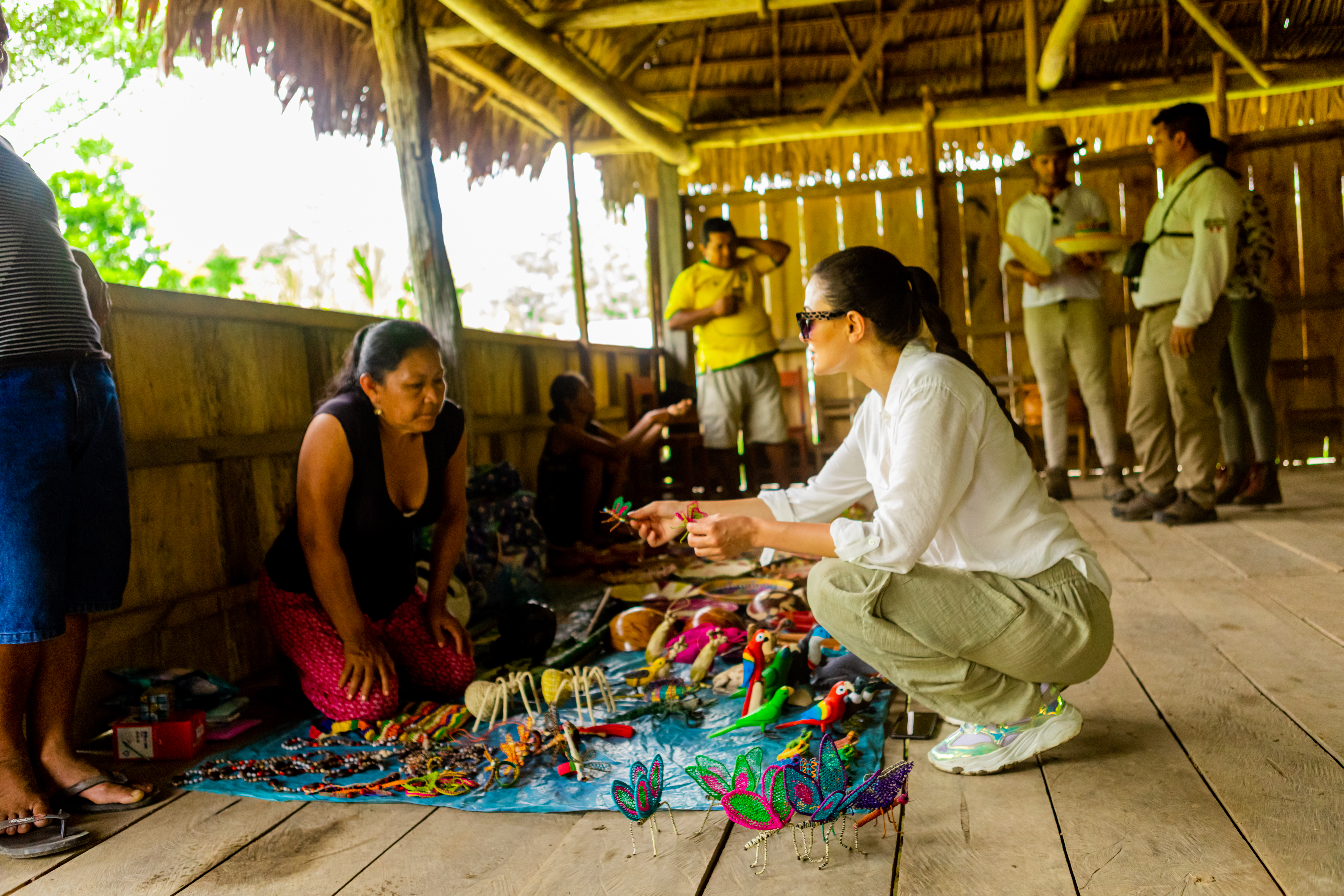 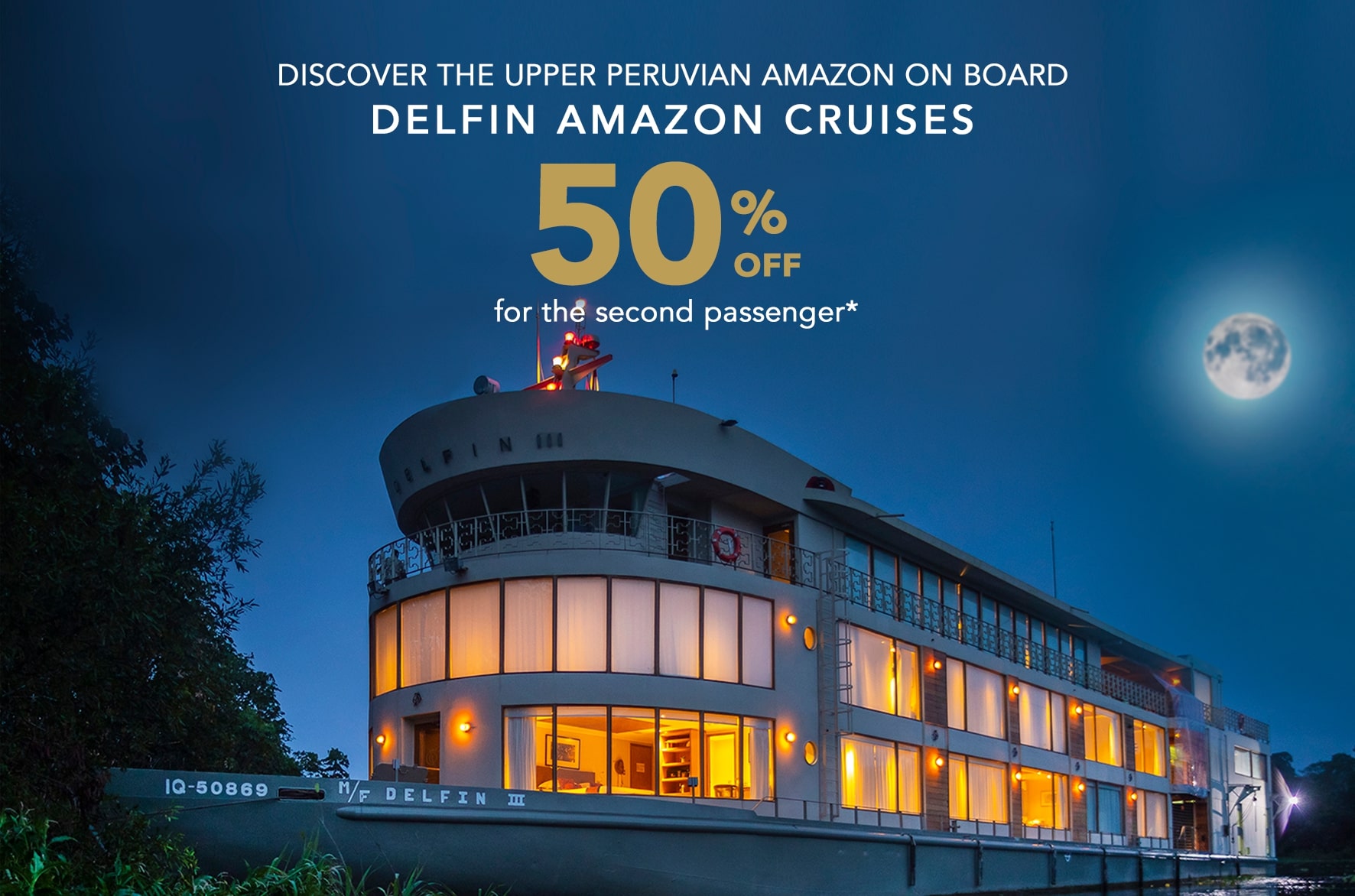 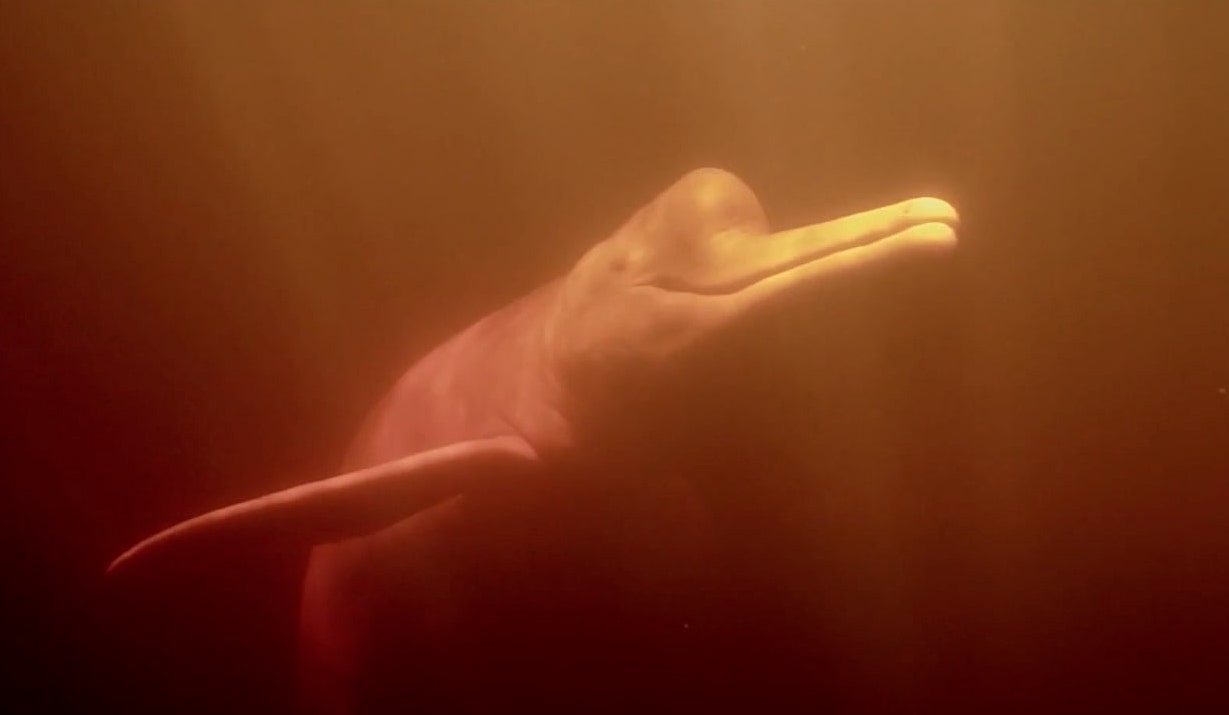