Fish in the Amazon

EXPLORE
Fish in the Amazon

The Amazon Rainforest ecosystem is rich and biodiverse, from the tree tops to the dark mysterious waters, the Amazon thrives with life. Consequently, the Amazon river presence in the natural world isn’t short of impressive – being  the largest river (by discharge of water) in the world, and the second in length, with approximately 6400 meters (equivalent to 4000 miles). All this has gained it the nickname of “The River Sea”. The river is not only impressive in length but in expansion, with around 1,100 tributaries. 17 of those are about 1,600 kilometres long (1000 miles), expanding through several countries of the South American region. Most importantly the Amazon river is fundamental to a healthy ecosystem as it provides a whopping 20% of the Ocean’s fresh water supply. 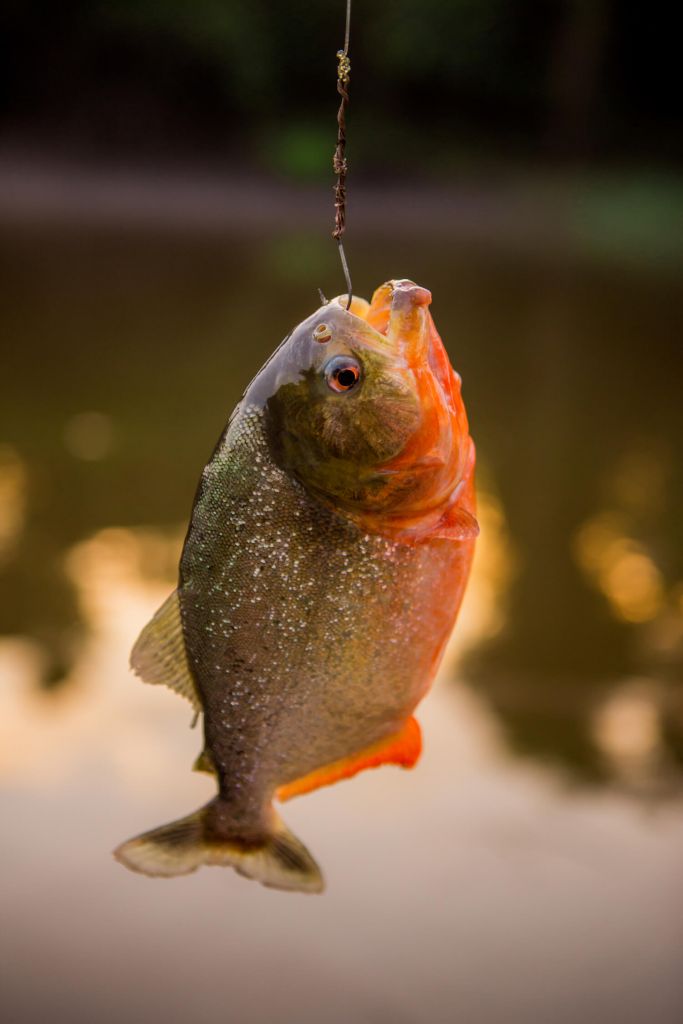 Extending throughout various countries in South America, and widely regarded due to its impressive size, it is no wonder that the Amazon river basin also contains the largest number of freshwater fish species in the world. There are over 2,500 species of fish that have been found, but there are still many more to be identified. Interestingly enough, approximately fifty new species are discovered each year! Having such rich diversity of fish fauna hidden underwater is intriguing, and exciting for anyone thinking of visiting this area. The only way to truly know more about what the mysterious amazon waters hide, and what interesting creatures can be found, is to explore the richness of the location for yourself. If you are equally enthralled by the mystifying Amazon fauna, we’ve done a list of our top 8 most intriguing fish species that live there, and call it their home. 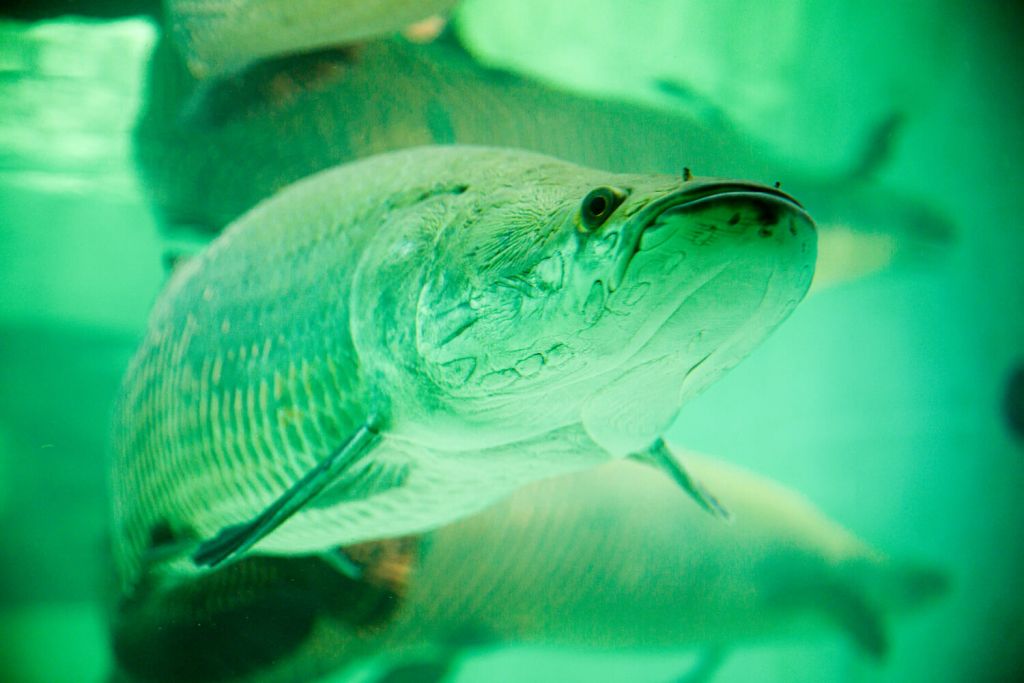 Top 8 most intriguing fish species that live in the Amazon River:

Although you might’ve heard a lot about these little bony fishes, they owe their bad and scary reputation to Hollywood horror movies. In real life they are less aggressive and are rarely a danger to swimmers or humans in general. Out of the 20 species of piranhas most of them are shockingly – vegetarian! They can measure up to 35cm long and their teeth are shaped like sharpened daggers. They possess one of the strongest bites in all the existing vertebrates.

These fascinating animals can reach about 1.8 m long and give electric shocks of up to 650 volts. Due to their limited vision, they rely solely on their electric powers for catching prey (and consequently, self-defence). For example they tend to use low voltage shocks to detect their surroundings and identify and possible threats. On the other hand, they use high voltage shocks purely to detect and stun their prey. Electric eels are most commonly found swimming in muddy waters. In reality the Amazonian electric eel is not really an eel, but rather a neotropical knifefish. They usually feed on fish, smaller amphibians and birds, and have a lifespan of up to 15 years.

The Pirarucu (also known as Paiche in Spanish), is one of the world largest freshwater fish. Some of them can weight up to 150 kilograms and be 3 meters long. They are popular source of protein for the locals as they are incredibly easy to catch, due to their frequent need for fresh air. They can stay under water up to around 30 minutes, until they need to catch some air. When doing this, they make a grunt noise that can be heard from a distance. They feed in waters with low concentration of oxygen as their prey become less active and easier to catch. These fish are more impressive than most as they can survive up to 24 hours outside of water!

The Payara fish (also known as the vampire fish) for their massive fangs, is one of the strangest fish found in the Amazon river. They are impressive in water and best described as silver missiles, for their quick and ferocious behaviour in water. They have a body very similar to a salmon; an adipose fin and a face full of daggered teeth, two of which grow from their lower jaw, and fit into conical nasal slots in their upper jaws. These fangs are the ones which have given them their popular nickname and others such as Dracula Fish, Dog Fish or Wolf Fish. Additionally, they are remarkable hunters, catching prey anywhere from a third to half of their length! Payara fish use their massive oversized fangs to impale their pray and swim away.

The Tucunaré peacock bass are distinguished by the beautiful rainbow bands adoring their bodies – a feature that is unique to this specific species. They can grow up to 30 inches and are quite the trophy for anglers.

The Redtail Catfish is the second largest species of Amazon River, and is named so due to the colour of its fin, and the long whiskers on its mouth. They can grow anywhere between 4 to 6 feet and live up to 15 years. You would usually find them in habitats ranging from flowing rapids to deep, flooded forests.

It might come as a surprise to some that sharks can be found in the muddy amazon waters. Bull sharks are actually considered one of the most aggressive animals on earth, and can live in both saltwater and freshwater. This environmental flexibility is due to their special kidney and glands, that help their bodies retain salt whilst being in freshwater. This evolutionary feature allows them to live in the streams of the Amazon river, and some have even been found up to 2,500 miles up the Amazon River.

These cutely named fish were discovered not long ago, in 2010, on the Nanay River near Iquitos. They gained their name due to their round-flat shape. Stingrays are widely feared by locals due to their tail sting that they use for self-defence. To avoid their painful sting, locals go into the water shuffling their feet on the ground to make their presence known. Although, this particular species of stingray isnt to be feared, as they have a tiny spine, making them utterly harmless to people. One of the most interesting facts is that female Pancake Stingrays give birth to tiny fishes, as opposed to conventional eggs. 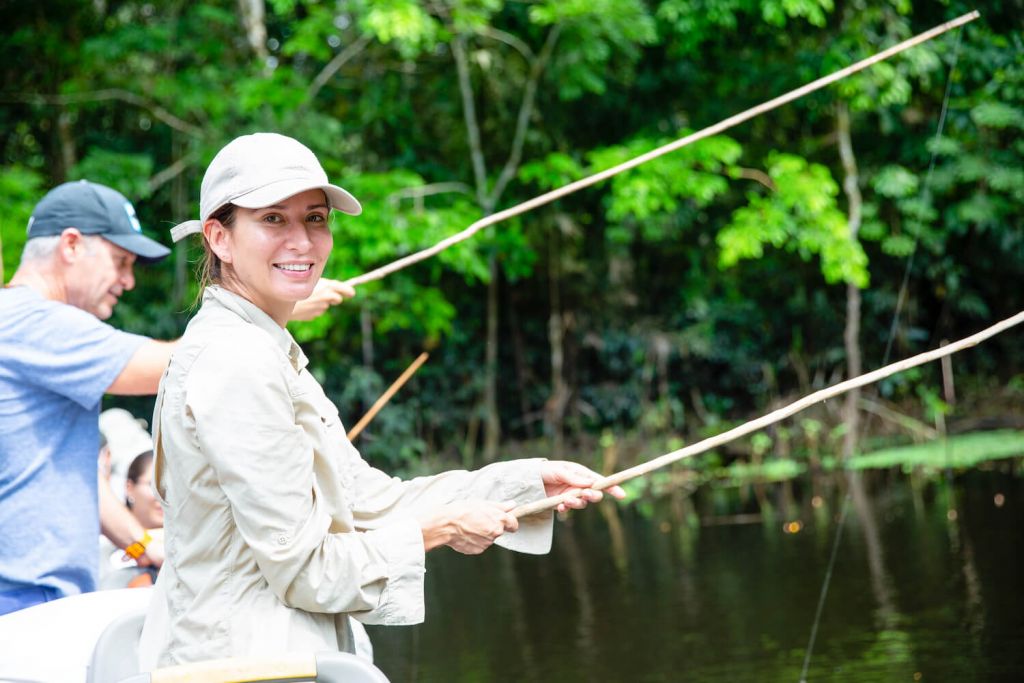 Although whilst cruising in one of our Amazon cruises, you might have the chance to fish piranhas, this is merely  as a method of conservation and environmental protection. The fish that are caught will be released back into nature as to avoid and protect the rare species that live in the Amazon river basin.

It is safe to say that the Amazon river not only has a huge number of captivating species (both in land and water) – but the magnitude of area covered by the Amazon river makes it the perfect destination to encounter nature. I speak from first-hand experience, for all who are interested in wildlife and the magic of South America.  Even though there is much that remains to be discovered, visiting the Amazon is an unforgettable experience and undoubtedly on of the best locations to spot unique flora and fauna in the world.

For more information about book a cruise with Delfin Amazon Cruises, please contact us. 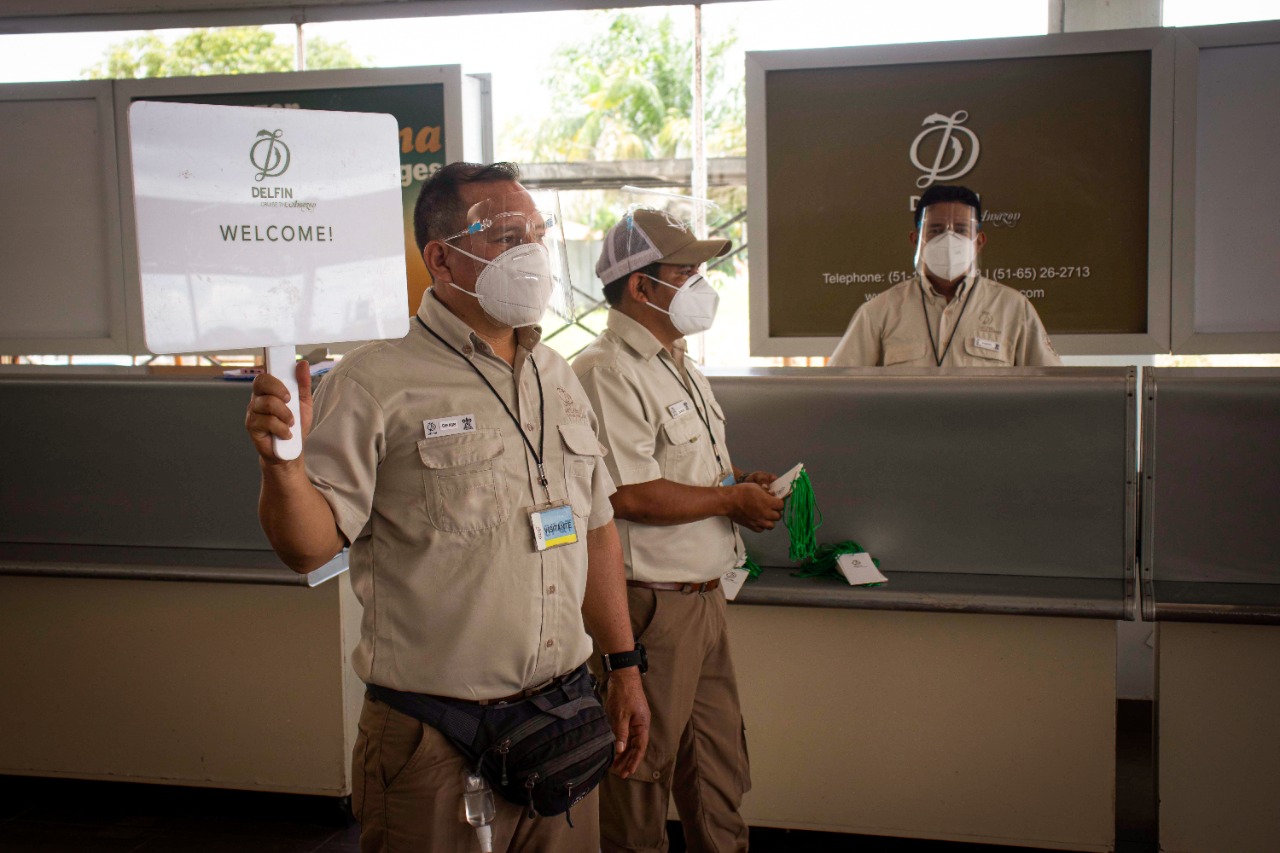