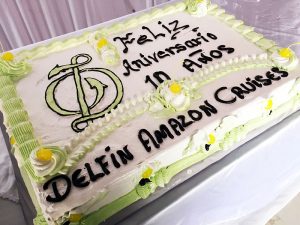 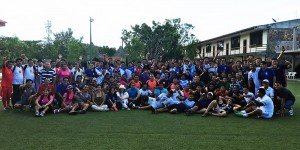 In celebration of the 10 year anniversary, this 5th of July Delfin held its annual company event for all its employees. Employees from Lima flew in on the first flight of the day to join in all the festivities held at the Sombrero de Paja Recreation Center in Iquitos. Employees and their families enjoyed the newly renovated center with pool and updated fields and well as a dance floor ready to accommodate everyone for the much awaited “Hora Loca”. 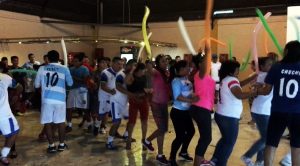 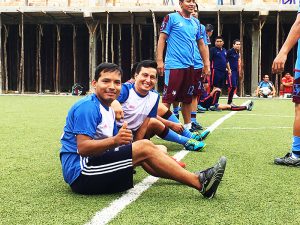 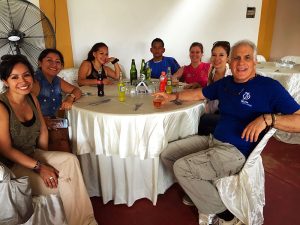 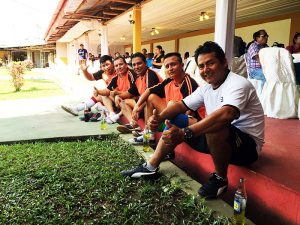 The day began with intramural soccer (football) and volleyball matches. Each vessel and area made several 6 man teams, ready to compete for the bragging rights for the year to come.  The winning team honors belonged to Al Frio Y Al Fuego, once again in a match that came down to penalty kicks in soccer. And later on in the day, in what seemed to be a match that lasted hours the Delfin Office Team also was defeated by the restaurant team in Volleyball. Awards Ceremonies were filled with promises of rematches and vows to practice until next year’s face off.  A special ceremony was held for those staff that also completed their 10 years; their dedication and service remain to be the heart of the organization and an example to follow. After a wonderful lunch was served, all employees, including top management hit the dance floor and rocked the night away. 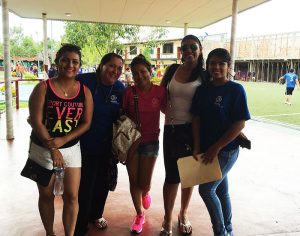 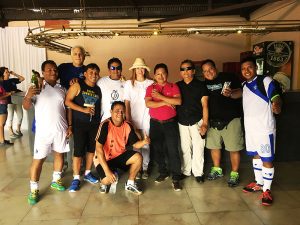 One common realization was held throughout the day: My Have we Grown! The company now exceeding 200 employees has grown exponentially. It seems only yesterday we were operating 20 employees with our flagship vessel, the original Delfin I, one vessel, 6 cabins, not what it is today with its amazing plunge pools and four oversized suites.  Latest developments include a remodeled Delfin I and Delfin II,  and construction of the newest addition to the fleet, the Amazon Discovery just launched in October of 2015  Delfin Amazon Cruises still remains to be the leading supplier for Cruises in the Amazon and Pacaya Samiria National Reserve.