Thousands of Turtles Return to the Rivers

EXPLORE
Thousands of Turtles Return to the Rivers

In the Amazon, river turtles are hot commodities. Whether kept as pets or eaten as delicacies (for examle in a stew or grilled), unfortunately humans ranks as among their top predators. What joy it was, then, that our recent Delfin II cruise guests had the chance to witness thousands upon thousands of turtles ready to return to their native Amazon! 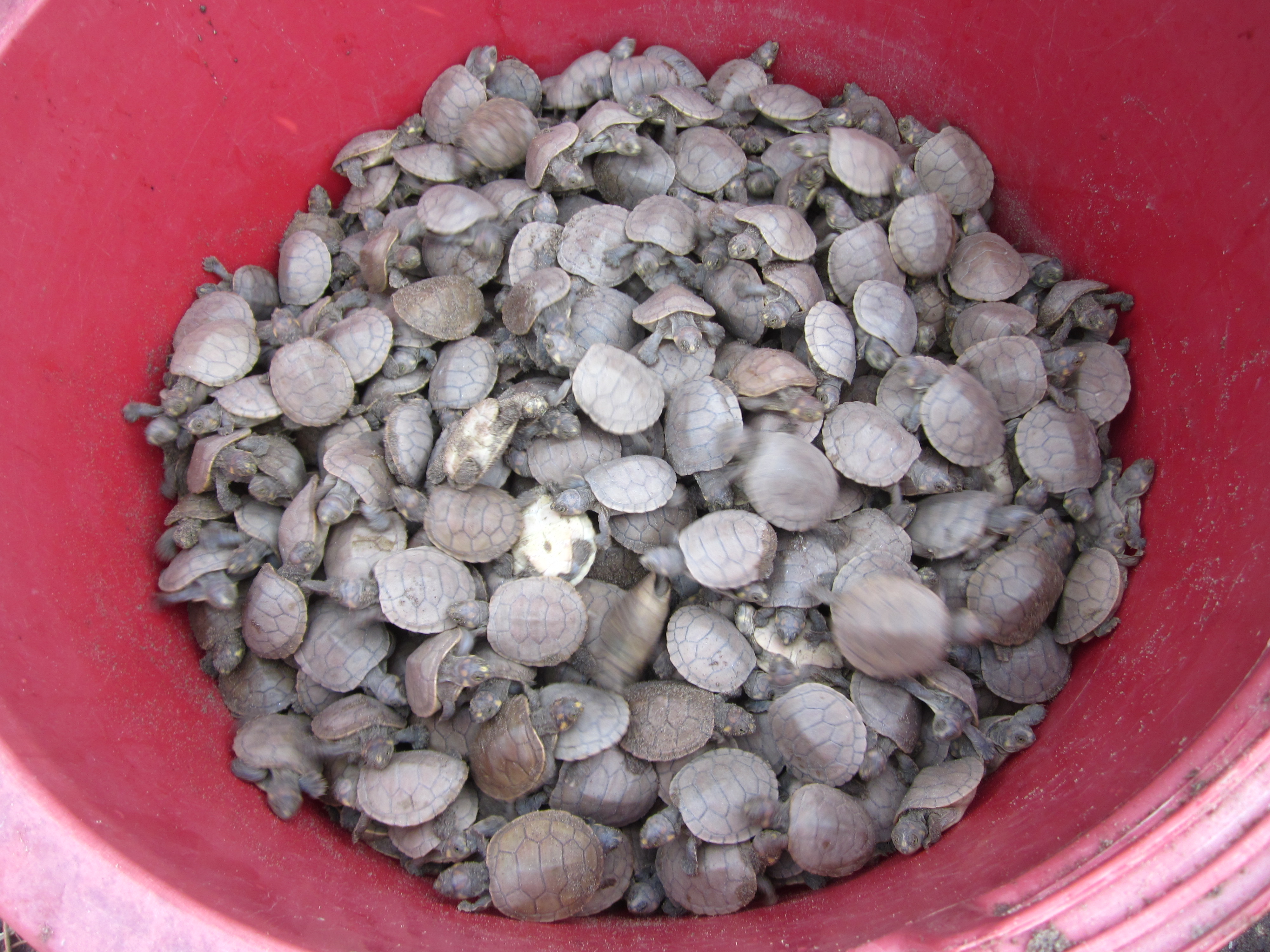 Thousands of newly hatched (just seconds before this photo was taken!) baby river turtles will be transported to a safe place. Their shells will harden over 2 weeks, then they will return to the rivers.

Because river turtles are so threatened, the Pacaya Samiria National Reserve authorities have worked hard to educate the local people against hurting these animals. One of their initiatives calls for each community or a collection of communities to work together to help breed more babies, to the goal of at least 30,000 each breeding season.

The village people—men, women, and children are all involved—carefully watch when a mother turtle lays her eggs on the sandy river shores, then they collect part of the eggs. Artificial sandboxes are created back in the community, and the eggs are placed within and taken care of, especially making sure no animals dig in for a meal. 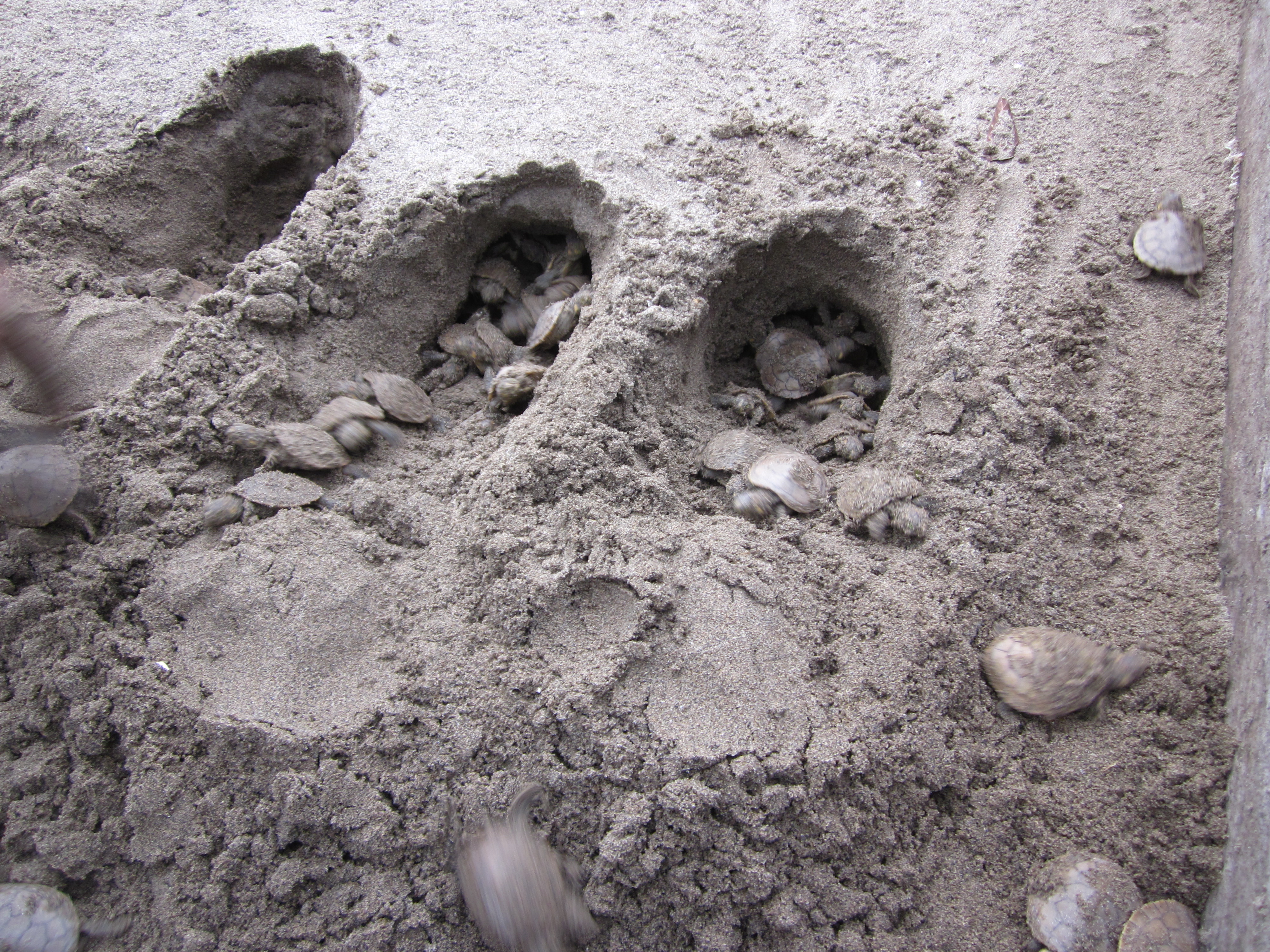 Thousands of baby river turtles come rushing out of their sand wombs!

One afternoon when Delfin guests were headed to Supay Lake to swim with pink river dolphins—as it turned out, there were so many dolphins waiting to play that day!—our guides made a pit stop when they saw a few men huddled over a big wooden box. It was the site of thousands of baby turtles hatching! With each hand scoop of sand, dozens upon dozens of newly hatched baby turtles began to emerge. Soon there were thousands running around, so many that it was hard for the men to catch and contain them all! 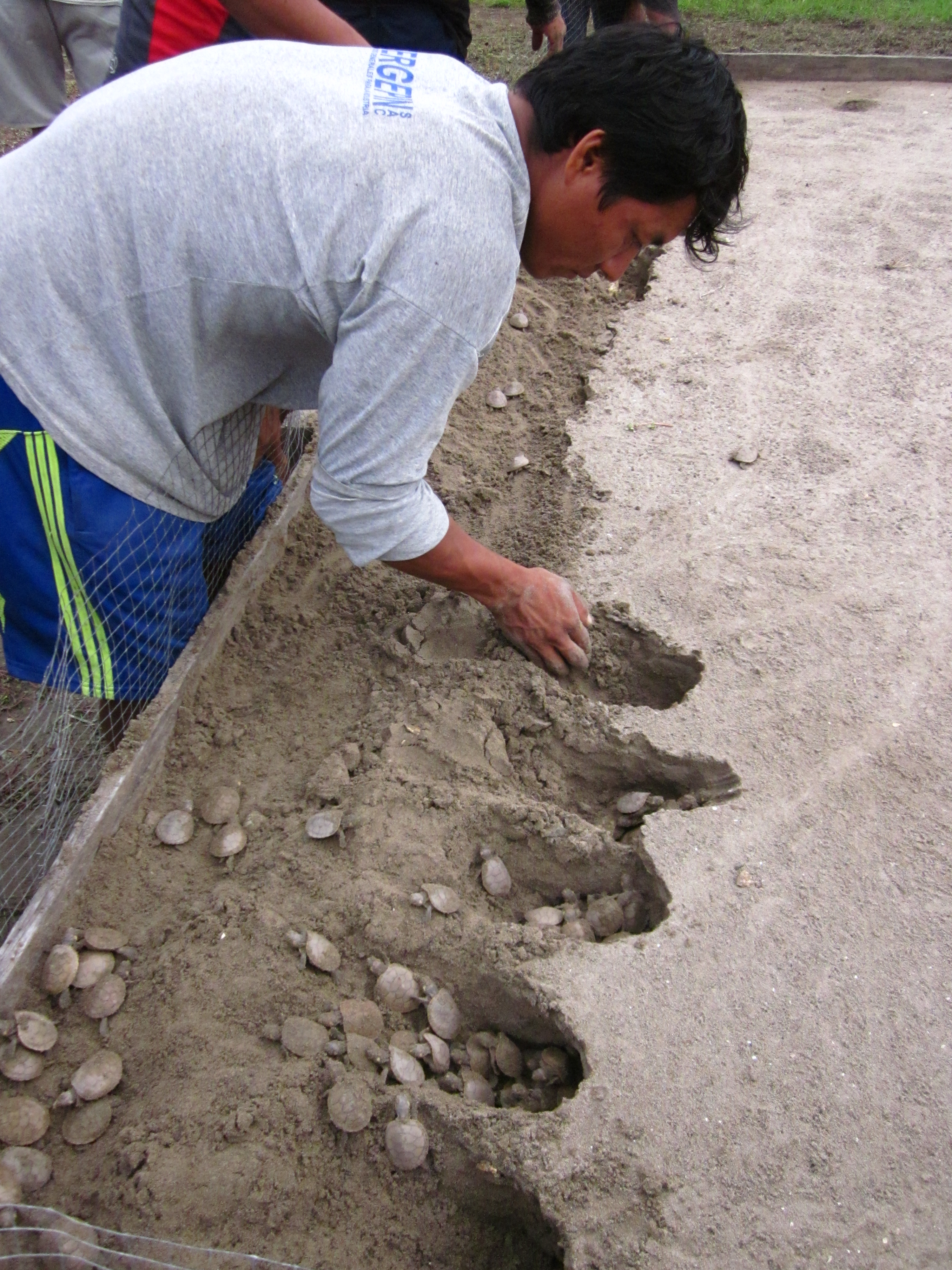 So many hatchlings, you can barely contain them in time!

The local men said there were about 18,000 eggs in this box, arranged in staggered batches so they don’t all hatch at once. These newborns would be safeguarded for another 2 weeks while their shells hardened. After that, the hatchlings would be ready to enter the vicious and competitive world of the Pacaya Samiria rivers.

We can’t wait to see more and more turtles in the wild as Delfin continues to cruise in the Peru Amazon!