Birdwatching in the Peruvian Amazon

EXPLORE
Birdwatching in the Peruvian Amazon

Can you imagine a single country capable of holding more species of birds than can be found throughout North America and Europe together? A territory that possesses 1,831 different species? A home to 119 endemic species not found anywhere else in the world? There is one. Here, in Peru, besides travelling through the land of the Incas, discovering ancient traditions and historical monuments, and tasting an incredibly rich and varied cuisine, you can witness the wonderful confluence of birds that the country exhibits.

Peru is a true bird paradise populated by many different species and subspecies restricted to unique and fragile habitats, large migration of birds from the most distant parts of the globe, varieties disappeared in other countries that abound in unexplored corners, and colossal flocks that are the basis of the cycles of life in the sea, jungles and Andean lakes.

Indeed, Peru possesses an extraordinary ornithological diversity and new species are discovered every year in its cloud forests and Amazon jungles, inaccessible mountain ranges and inter-Andean valleys. To date, 1,831 species (about 20% of the world total) have been registered in its territory, of which more than 300 are endemic. In addition, Peru has the world record for species by local location (650 in the vicinity of the Explorer’s Inn lodge, in Tambopata) and the record of species sighted in a single day (331 in the proximity of the Biological Station of Cocha Cashu, in Manu National Park).

The combination of geographical, climate and evolutionary conditions make Peru an excellent country for birdwatching. It is considered the second megadiverse country of the world, concentrating 70% of the biological diversity of the planet. According to the Holdridge classification, it has 84 of the 117 life zones registered on Earth. 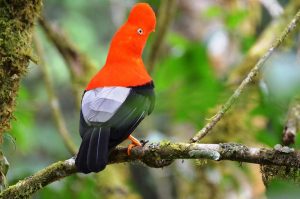 There is also a large possibility of future scientific discoveries of species and subspecies of birds in areas of the country that are relatively inaccessible and that, as a consequence of their remoteness, may add new records of species not previously encountered.

Peru has the largest flying bird in the world, the Andean Condor (Vultur griphus), as well as the second smallest bird on the planet, the Short-tailed Woodstar (Myrmia micrura). You can also witness the beautiful Andean Cock-of-the-Rock (Rupicola peruviana), the Peruvian national bird, among many others different and fascinating specimens. 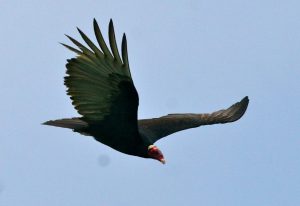 Picture yourself walking among the ear-deafening noise of hundreds of parrots and macaws, an unforgettable cacophonic experience as you explore the Amazon jungle or swim across the river in boat rides. Imagine having a close encounter with a beautiful male toucan, with his powerful and long beak, or seeing the colourful macaws as they soar above the trees. Experience the overwhelming image of a Marvelous Spatuletail (Loddigesia mirabilis) hauling his coin-sized tail discs or moving through the bushes at 14,000 feet. 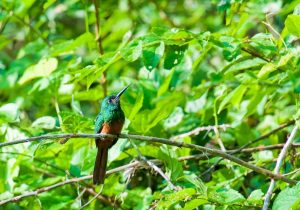 In Peru exist three main routes for birdwatching, developed in order to allow birdwatchers to cover many areas of nature, crossing the country from west to east in the form of transects at different altitudes, with their respective diversification in birdlife. They offer the possibility to record several hundred species on each trip.

The birdwatching route through the southern region is historically the most well-known. From Lima, it crosses the rich coastal waters of Paracas and the enigmatic Nazca lines; the Andes through Pampa Galeras, or through Arequipa and the Colca Valley, or Cusco and the Sanctuary of Machu Picchu; the high Andean plateau of Puno and Lake Titicaca until it reaches the plains of Manu, Tambopata National Reserve and Bahuaja Sonene National Park.

This road is characterized for having the greatest infrastructure of the three routes and for being the breeding ground of the Inca Empire. Among the main birds we can find along this path are those that inhabit the Polylepis or queñual forests, which are birds that visit the clay licks (known as “Collpas”); bamboo and ant-eating birds; as well as other specialist categories. The most representative birds of this route are the Inca Wren (Pheugopedius eisenmanni) and the Andean Cock-of-the-rock (Rupicola peruviana).

The northern route is the habitat of the most sought-after endemic Peruvian birds, with a total of more than 1,200 listed species, such as the Marvelous Spatuletail and the White-winged Guan (Penelope albipennis). The main road runs from west to east, from the cities of Trujillo or Chiclayo, and is perfect for observing the species that reside in the dry forests of the Tumbes region. The transition in this route is affected by the altitude of the Andes in this sector and by the tropical climate that runs through the territory. 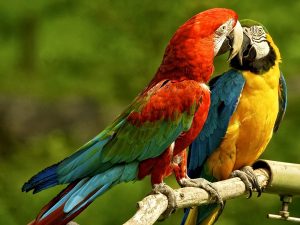 The northern route also contains the areas of Tumbes and the River Marañon, as well as the region of Iquitos, (Pacaya Samiria – Allpahuayo Mishana) which is prosperous in endemic species. The mountain pass at Abra Patricia and the Lechucita Bigotona Biological Station have grown into one of the most famous birdwatching points, with great forests and a safe system of pathways through the zone.

In this route you can witness the rediscovered species Long-whiskered Owlet (Xenoglaux loweryi), and also visit the Huembo Interpretation Center for the Observation of Hummingbirds, with the Marvelous Spatuletail as the main attraction.

This road offers a different and compelling alternative to the northern and southern routes and requires less time. There is no need for flying, it can be reached overland from the city of Lima, with the possibility of extending the exploration eastwards and descending down to the Amazonian plain that surrounds the city of Pucallpa. Generally, the route stretch from west to east, increasing height quickly as it crosses the Central Andes.

At many locations along the route you can observe fascinating endemic species, such as the Golden-backed Mountain Tanager (Buthraupisa ureodorsalis) and the Junin Grebe (Podiceps taczanowski). In the 1980s, renowned North American field ornithologist Ted A. Parker III made the central route famous, including Santa Eulalia Canyon, Marcapomacocha Lagoon, the Milloc Bog, Ticlio, Lake Junin, Unchog Forest, Carpish Tunnel and mountains, Tingo María National Park and the lowlands of the Amazonian plain that surround Pucallpa. 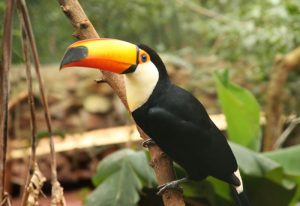 From Pucallpa you can travel to the Cerros del Sira, a chain of mountains separate from the Andes, where the Sira Tanager (Tangara phillipsi) lives, or towards the basin of the River Cushabatay, in quest for the Scarlet-banded Barbet (Capito wallacei).

As you can see, Peru is a country with a wide range of attractions, including an enormous and diverse wildlife. In order to witness all its wonders all you really need is a camera and a great capacity for fascination.